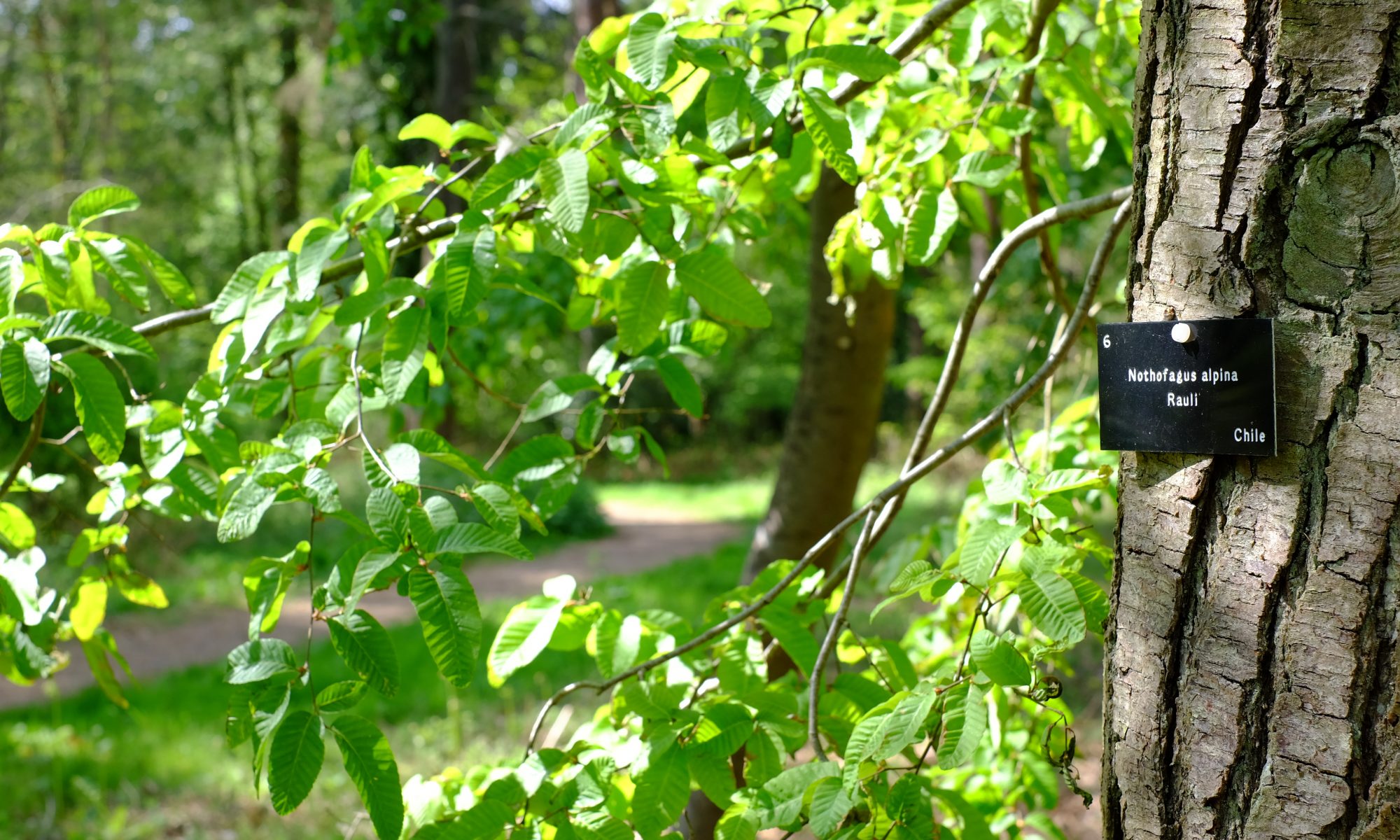 The Arboretum stands on a sloping site that contains a rich variety of wildlife habitats and affords fine views over the Wey valley to the north. It forms part of the Lodge Enclosure of the old Royal Forest of Alice Holt, close to the site of the Kennels Lodge where the royal hunting hounds were once kept.

Dating from the 1950s, the Arboretum was planted by scientists based at the internationally renowned Alice Holt Lodge Research Station in order to provide a tree species collection from around the world for the purposes of selective breeding and research.

The Alice Holt Arboretum is important for its collection of conifers, including several species that are scarce or endangered in their wild habitats. Around half of the world’s 500-odd species of conifer are officially “threatened” in the wild.

Very impressive is the Coast Redwood grove where trees planted in the 1950s have already reached 20 metres high and will form a wonderful collection of giant trees, growing to enormous size and living for hundreds of years.

There are several scientifically important plantings, such as the “Thuja Block” where each tree is a clone from a known parent, thus preserving a unique gene bank of individual trees each of which has its own, fractionally different characteristics.

There are important collections of broad leaved trees too, including Italian alders and various species of Nothofagus (Southern Hemisphere beeches) as well as many fine oaks, sweet chestnuts and ancient yews which ring the area.

As well as trees the area is home to a wide variety of wildlife, including characteristic ‘Ancient Woodland’ plants, such as Herb-Paris, rare butterflies such as the purple emperor and white admiral, the nationally endangered nightjar, dormice (a European Protected Species), badgers, rare bats and native roe deer.

The Arboretum is a popular area for quiet recreation and enjoyment of the trees. Many of the species are labelled enabling the visitor to learn about the different species. There is an all-ability path, two picnic benches and a number of quiet footpaths leading to viewpoints.

Increasing anti-social activity led to closure of the nearby car park in the 1980s and the Arboretum fell into sad neglect. Paths degenerated, with the all ability path being lost and no longer suitable for wheelchair users or pushchairs. The benches and picnic tables decayed or suffered vandalism and many of the footpaths became flooded. Several of the viewpoints were lost as they became overgrown with tangled scrub and the labels were gradually lost from the trees. The Arboretum Restoration Project has reversed the decline.